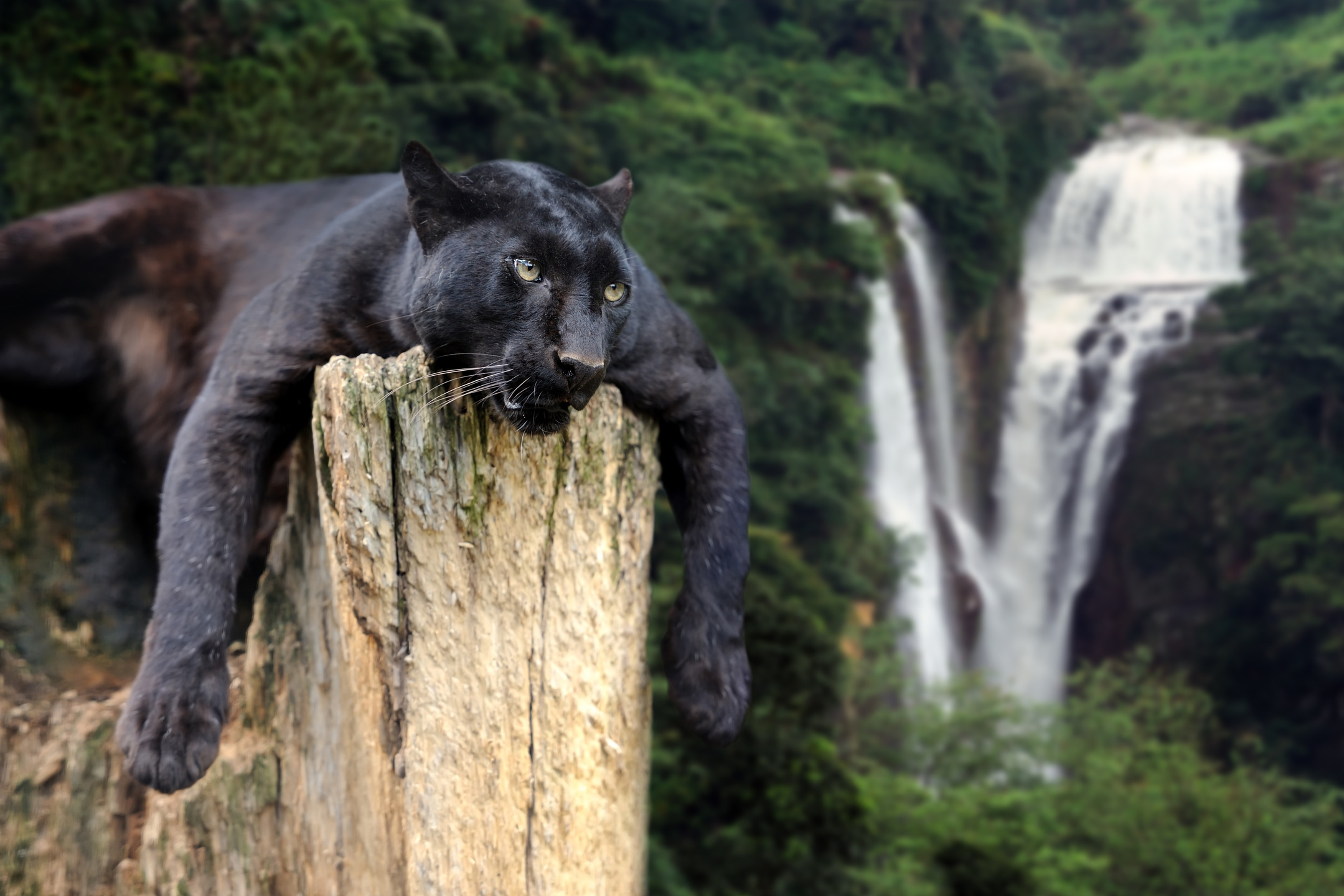 Why Are Black Panthers Black?

The black panther is distinguished for its all-black coat, long tail, and strong white whiskers.

It is a rare mammal that belongs to the genus Panthera and the family Felidae – which also includes cheetahs, cats, tigers, lions, and leopards.

There are about only 36 species left in the cat family, which goes to show that this family of Carnivora is at risk of extinction. This fact alone should make you appreciate these marvelous creatures even more. These gorgeous black cats embody mystery through their manners and spike everyone’s curiosity and fear.

With so much interest and intrigue surrounding these large black cats, it is often wondered – “why are black panthers black?” To save you from having to do a bit of tedious research, we have composed this blog post where we have talked about why black panthers are black. Additionally, we have also discussed some other useful information regarding black panthers that will help you know more about this mystifying creature.

What Are Black Panthers?

In the past, when dark-colored tigers or jaguars were spotted, people assumed that maybe these were a new species. As a result, they were scientifically named “black panthers.” However, through meticulous research, it was discovered that these beasts were just a dark version of the more well-known cat species!

Why Do Black Panthers Have a Black Coat?

The appearance of a black coat is due to recessive/dominant alleles in the bodies of leopards, jaguars, and other cat family members. What are alleles? Also known as an allelomorph, an allele is a distinctive form of a gene that produces a black pigment in the animal. Each member has varying amounts of black pigments that affect the tone of their coat.

Cat species that have this form of mutation are known as melanistic. Melanism in the leopard is present because of dominant alleles, while in the jaguar, it is present due to recessive alleles. Even though melanism is also a trait of other cat species, it is excessively found in leopards and jaguars.

However, the appearance of a black body can be due to other reasons as well, such as the panther’s life stage or the concentration of light. For instance, some species of leopard or jaguar may display dark coats because they may be present in diffused light. However, in proper sunlight, their body may display the typical black and gold spot pattern.

Also, black or near-black coats may be because of the preservation of black spots from the juvenile phase. As the animal grows older, it may develop a concentration greater concentration of dark fur that may result in a full or partial vivid black coat.  The lynx – a solitary cat – may also display black fur – not because of light or melanism, but rather, due to changing seasons.

A pair of black jaguars/leopards, due to the presence of the melanism gene in them, can produce either black or spotted cubs. However, a pair of spotted jaguars or leopards can only give birth to spotted cubs. According to scientists, melanism only affects about 6% of the panther population. The opposite of melanism is albinism, which is a much rarer genetic anomaly, causing the big cats to turn full-white. Albinism poses a huge disadvantage to leopards and jaguars as they can’t camouflage themselves completely in the day or night.

Due to their bright color, it is super easy to hunt these cats down, and due to this, they have become extinct over time.  However, this is not the case with black panthers. Black panthers can easily hide in thick bushes or the shadows of the forest. This also enables them to become excellent hunters.

Where Can You Locate Black Panthers?

Most of these species are found in South India. These large cats like to reside in dense forests where the light levels are fairly low. They are typically found in the rainforests of Kerala, Assam, and wildlife sanctuaries in Karnataka – the Kabini Wildlife Sanctuary and the Anshi-Dandeli Tiger Reserve are home to black panthers.

Besides India, black panthers can be spotted in Africa and Central and South America. It is largely believed that a melanistic mountain lion can be found in the United States. However, there haven’t been any confirmed sightings that can prove the existence of such an animal in this country.

Even though black panthers are adaptable to different climates and environments, they are endangered. Human beings are the biggest threat to the population of black panthers. Hunters have killed them for fun and adventure and their thick, precious fur. On the other hand, farmers have either trapped or killed them to protect their animals, as well as the people who work on the farm.

The deterioration of forests and habitat loss are other major threats to the survival of black panthers. The deposits of mercury and other harmful chemicals in and around their habitats have also caused the population of black panthers to shrink drastically.

Black panthers are solitary creatures that like to hunt alone and hide in the shadows. They are sneaky and sly, and because of these character traits, they are often regarded as “the ghost of the forest.” While some may think that these are a separate species, they aren’t. Black panthers are just dark variants of leopards and jaguars.