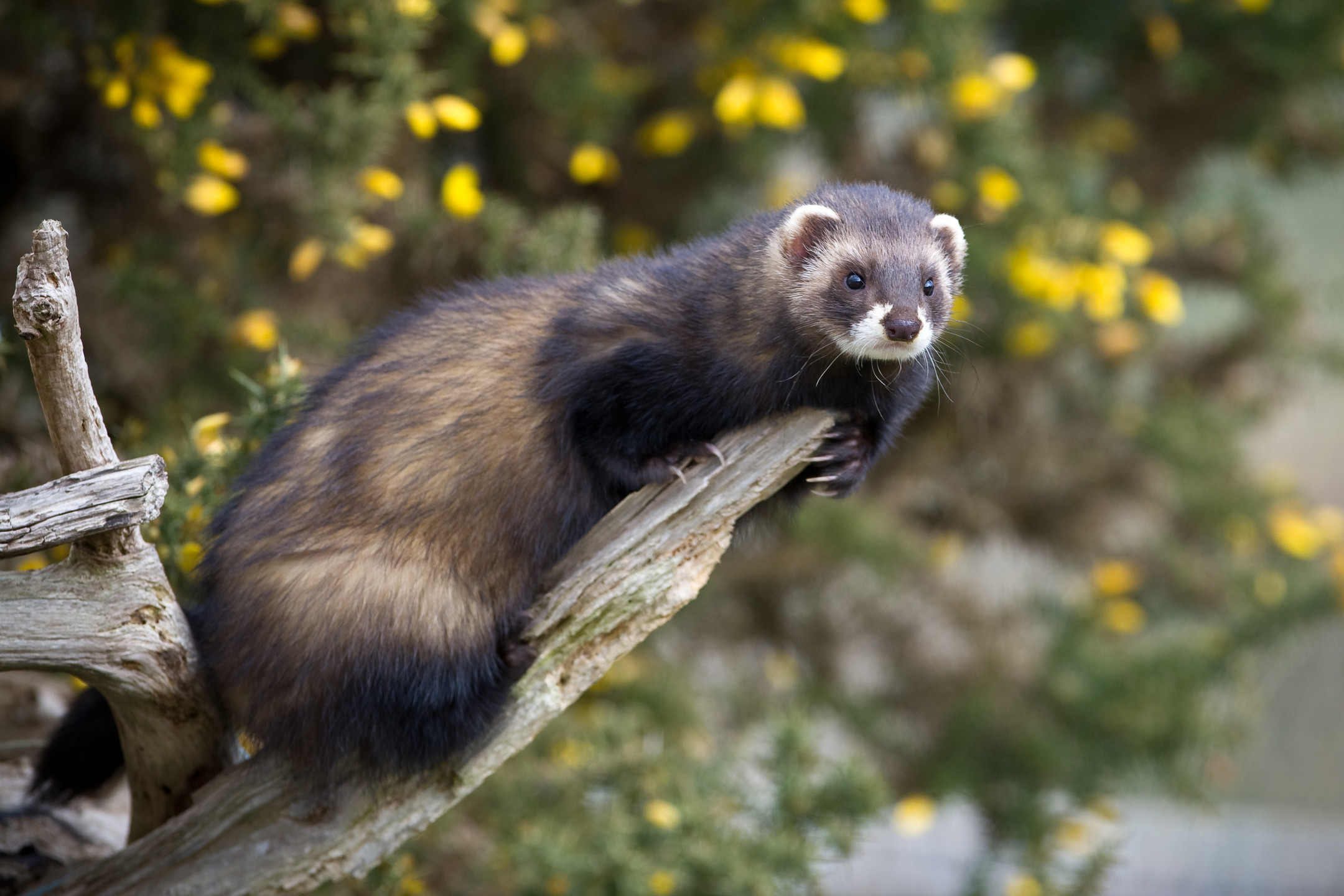 What Is the Natural Habitat of a Ferret?

Ferrets are known as the third most popular pet animals.

They also have long claws and a tail, a cone-shaped nose, and short legs. Although they are very popular as pets, they aren’t for everyone.

Interestingly, ferrets have also been referred to as ‘controversial’ kind of pets. That’s mainly because they were once illegal in certain parts of the world – people were banned from keeping ferrets as pets. This has garnered a very negative image for these fuzzy little creatures, which, one can argue, is largely undeserved,

However, that was way back in time, and one just can’t deny the fact that ferrets are super adorable, playful, mischievous, and entertaining. They are also equally sociable, friendly, compassionate, and they have this great ability to bond with their owners.

Many people in today’s time have ferrets in their homes as pets, but a large percentage of those people aren’t completely well-informed on the natural habitat of ferrets. Although they are aware of the fact that this animal prefers warm and dark locations for sleeping, they have little knowledge about their natural habitat, living requirements, and their origin.

Distribution of the Ferret

In order to understand the natural habitat and distribution of the ferret, it is first important for you to learn about the different types of ferrets there are. This is because each type inhabits a different kind of habitat and has a unique preference for their favorite ecosystem.

Take a look at two of the most common types of ferrets.

This ferret is popularly found in North America and is the only native ferret species in that continent. They were believed to be extinct for a very long time until they made an incredible recovery in 1981 when a small population of black-footed ferrets was discovered the same year.

In the initial phases, their native habitat ranged through the Great Plains of North America, where they typically survived for only 3-4 years. Today, however, you can also find them in great abundance in the following areas: Arizona, Wyoming, Montana, and South Dakota.

The European ferret, on the other hand, is mainly found in northern Africa, western and northern Asia, and most popularly in the whole of Europe. Their natural habitats include barns, villages, forests, parks, and meadows. They also thrive in lowland areas like the woods, sea cliffs, sand dunes, riverbanks, and marshes. Generally, though, you are likely to find them in all those places where they can easily find their food sources.

If you wish to keep a ferret as a pet, you must create a welcoming environment for them that is closest to their natural habitat. For that, you need to know first all about where they live, how they live, and their preferences.

In the wild, ferrets prefer taking over tunnels dug by other animals, especially those on grassy plains. The main reason for this is that ferrets themselves are not very efficient diggers, so they prey on creatures like prairie dogs and then make their home in the existing tunnels. If anything, this makes them the ultimate recyclers!

What this suggests that all ferrets prefer burrowing in enclosed spaces that are super cozy and comforting. This is especially true for the night when it is time for them to sleep, considering how a ferret spends most part of its day sleeping away.

The fact that ferrets are so active and playful makes it easy for them to thrive in home settings, be it an apartment or a big bungalow.

The key to keeping your pet ferret happy and healthy is to provide them with the right kind of living conditions, which are similar to their natural habitat.

It is generally recommended for pet owners to make sure of the following:

Creating a habitat for ferrets also means putting some helpful and handy items inside their cage. The following items are what you should keep inside the cage; however, you should know that it isn’t limited to just these.

Creating the ideal habitat and living conditions that they can call ‘home’ is extremely for your pet ferret. However, along with that, the right kind of food and supplements can also go a very long way to help promote their longevity, good health, and well-being. It is also very important that you ferret-proof your home. Given how tiny they are, your home can easily lead to them hurting themselves!