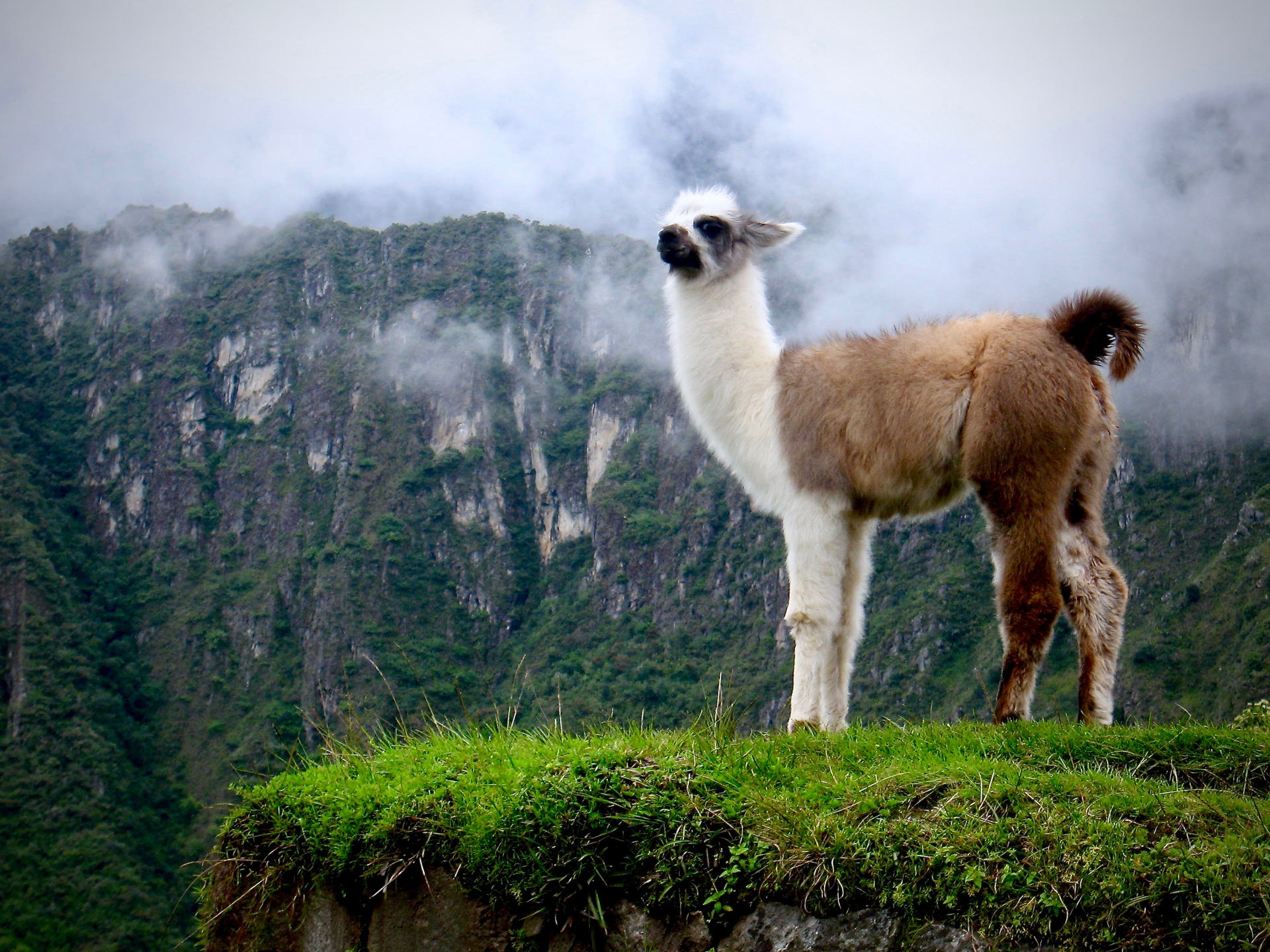 The Unusual Reproductive Cycle of Llamas

They are indigenous to South America and are commonly domesticated by the people of the Andes Mountains.

For centuries, these white furry mammals have been used as a pack animal, carrying loads from one place to another. These pack animals are strong and diligent and can move loads of up to 50 – 75 pounds.

They are friendly creatures that can prove to be useful in a number of situations. The wool of llamas can be used to create rugs, ropes, and other essential fabrics. Their feces is a good source of fuel. This kind of fuel is used in many countries, especially in India, where it is known as “dung cakes.”  That’s not all. Llamas are also slaughtered for their meat, which is consumed as a part of many protein-rich diets.

Llamas are also known for their unique reproductive traits and physiology. Here is everything you need to know about their peculiar reproductive cycle.

When and How Do Llamas Breed?

Ideally, female llamas shouldn’t mate until they are two to three years old – the time when they are sexually mature. It is always ideal to wait until they are mature, or else they may suffer from certain complications during birth.

On the other hand, male llamas become fertile when they turn seven-to-nine months old. However, they shouldn’t mate until they are two to three years old. That’s when they are mature enough to mate with female llamas.

A male llama usually makes an “orgling sound” when they are interested in a female llama. Female llamas that are not pregnant may find this sound attractive and may signal the male llama to approach her. The female llama will sit in an upright position, ready to be mated with. She will wait for the male to mount on her back with his chest on top. The male orgles during the entire breeding session – the whole thing can last as long as 45 minutes or as short as 5 minutes. Their extended mating period is fairly unusual for such large animals.

Do Llamas Get Pregnant in the First Attempt?

Not really. Sometimes, female llamas need to be mated with multiple times before they get pregnant. They should be tested for pregnancy after a month or so. You can use more than one method to check whether or not the female is pregnant.

In the first method, you should observe the behavior of the female llama closely. Pregnant llamas tend to ignore male attention. They don’t allow the male to sniff at her or hang around her. If the male tries to orgle at her or chases her, she will run away, spit at him, or scream at the top of her lungs. If you observe any of these signs, the female llama is certainly pregnant. Older and more mature male llamas eventually lose interest in pregnant llamas. However, this attitude won’t sit well with young llamas, and they won’t like the fact that the female “rejected” them. However, this pregnancy test method is not always accurate as sometimes a female may reject a male due to some hormonal issue.

Another way to test the pregnancy of llamas is through progesterone (a hormone) testing. You can take the female llama to a vet that can draw the llama’s blood and test it for progesterone. An increased level of this hormone indicates a pregnancy. Well-experienced vets can also find out whether a female llama is pregnant through palpation or an ultrasound. The latter is considered more accurate and can locate a fetus within just 40- 45 days of pregnancy. An ultrasound can also confirm whether the llama is really pregnant or simply suffering from a physical condition.

How Long Does the Gestation Period for Llamas Last?

Llamas typically give birth to one baby after almost a year – 11 months to be precise. Their long pregnancy period is what makes their reproduction cycle so unusual. That being said, female llamas may lose their babies within 20 to 60 days after being bred. Therefore, you should keep checking to see that the female stays pregnant throughout. The llama may also show apparent signs of pregnancy during the last few months of her pregnancy. She will appear fatter and will have larger teats.

As the time of the birth gets closer, the female may display changes in her behavior. For instance, if she generally likes to graze with other llamas, she will suddenly become slightly off and distant. She will prefer to be left on her own. When the llama goes into labor, she goes through many stages and hardships.  The female will remain restless throughout her labor. She will constantly change her position – sometimes she will stand up, sit down, lie down, or move up and down. However, the baby comes out smoothly, with a nose and two front feet first. As the baby comes out, you should wipe off any fluid or membrane that may be slathered on its face. Rub its neck and back to dry it up and encourage proper breathing.

Planning out this breeding is crucial for the safe and healthy birth of baby llamas. A birth that takes place in the scorching summer or chilly winter can be harmful to both the baby and the mother. Once the baby comes out of the mother’s womb, it should be protected from male llamas and predators. Therefore, after birth, female llamas surround the mother and their baby in a circle. Unlike camels, goats, and other herd animals, llamas do not go into the “heat cycle” and mate and give birth like human beings – all these factors make the reproductive cycle of llamas so unusual!