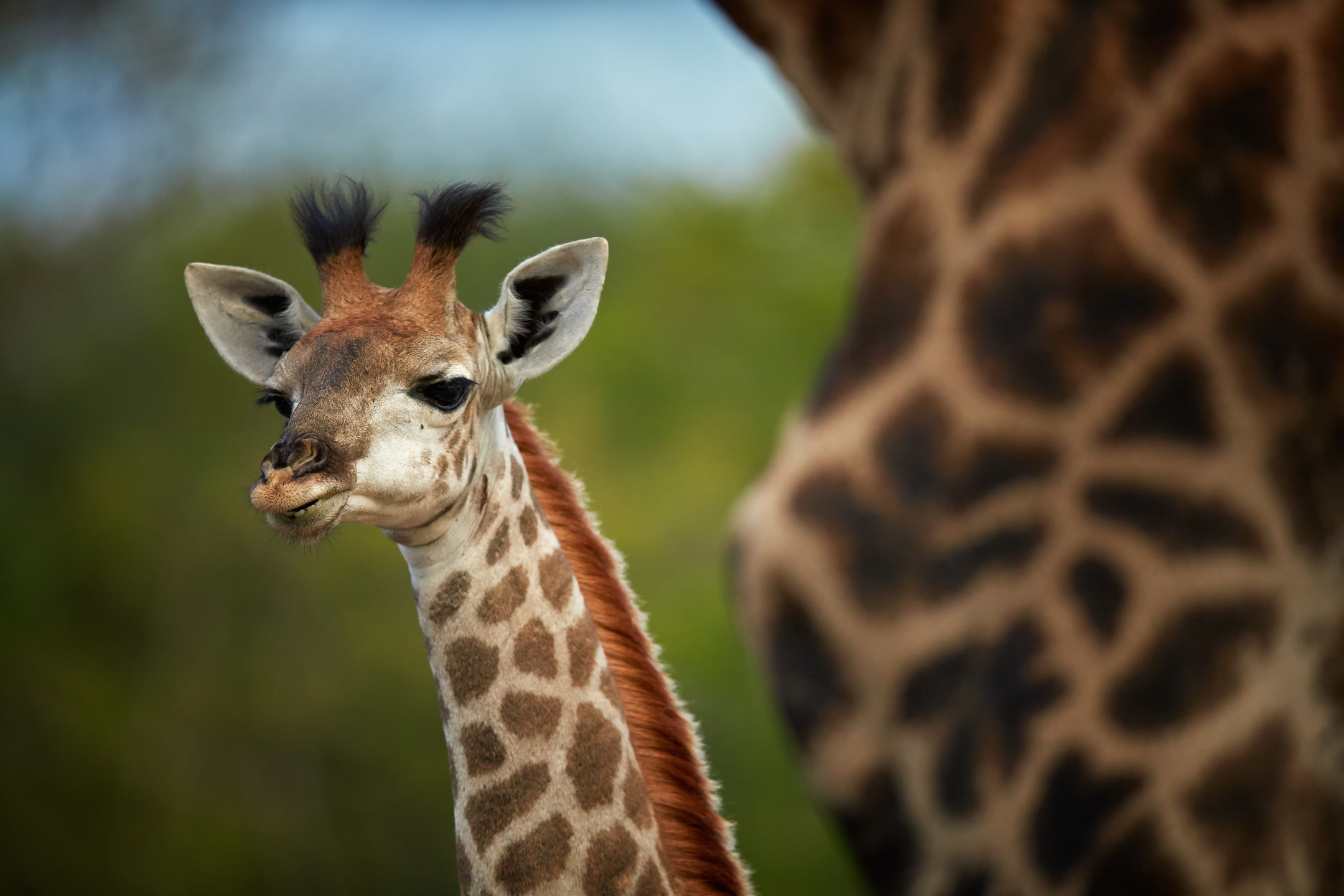 Standing 14 to 19 feet on average, giraffes are the tallest animals in the world.

They have extremely long necks and legs and distinctive coat patterns that set them apart from other animals.

But how much do you know about these gentle giants apart from the fact that they are super tall and harmless mammals?  Well, in this blog post, we’ve listed down some things you might not know about giraffes. Have a look!

1. The Scientific Name of Giraffes is “Giraffa Camelopardalis”

Giraffa Camelopardalis is a Greek word, “giraffe,” which means giraffe, while “camelo” means camel, and “pardalis” means leopard. The name originates from the beliefs of ancient Greeks that giraffes appear like camels with leopard-like skin.

2. Giraffes Can Go for Weeks Without Drinking Water

Giraffes can easily survive for weeks without water. They have left camels behind in their ability to survive without water for weeks –three weeks, to be specific. However, when they find water, they can drink up to 12 gallons in just one sitting! Giraffes usually consume water from plant sources. They mostly rely on acacia leaves – leaves that are filled with water.

Due to their long necks, it is not always easy for giraffes to drink water from regular water sources. They have to get into an awkward position and have to spread their legs wide and then lean down to drink water, which puts them at risk of being attacked by predators.

3. You Can Tell Whether a Giraffe Is Male or Female By Looking at Its Horns (and Other Physical Features)

Females have slim horns with thick hair, while male horns are thick with dense hair. Sometimes, a male can grow an extra pair of horns behind their first pair.

As compared to male giraffes, female giraffes are more social and friendly. Male giraffes like to dominate the herd, and they often bump their horns against other giraffes. Due to this reason, they shed a lot of their hair. But since female giraffes do not fight, they retain a lot of hair for a longer time.

Male giraffes are also less picky about their food and can eat grass and plants at a higher altitude than female giraffes that prefer to eat vegetation at a lower level.

5. Giraffes are Friends with Little Birds

Giraffes and birds share a symbiotic relationship. Small birds help clean giraffes by devouring pests that tend to make their homes on the giraffe’s skin. Tickbirds and African oxpeckers are known to be a giraffe’s best friends.

6. Baby Giraffes are Taller Than Most Adult Humans

As compared to other animals, baby giraffes are huge, usually up to 6 feet tall. They also weigh up to 100 – 150 pounds when they come out of their mother’s womb. Newly-born giraffes are super active and energetic. In less than 12 hours of their birth, they are seen running alongside other giraffes.

Fun fact, a baby giraffe is called a calf.

Yes, you read that right!

White giraffes can be spotted in Kenya. Due to a rare condition, these giraffes are born with white elongated backs and bodies.

As giraffes get older, their bodies change from mustard to deep black. Usually, dominant males get darker with age. That being said, sometimes, the patches on a giraffe’s body transition into intense brown, orange, or chestnut colors rather than black. These dark giraffes also prefer roaming around alone, away from the herd. They are usually the most assertive ones of all.

8. No Two Giraffes Have the Same Spot Patterns

The spot pattern of each giraffe is unique. No two giraffes can boast the same light-colored patches. Different subspecies of giraffes also have their own distinctive patterns. This allows them to identify which giraffes belong to their family groups. Of all the subspecies, reticulated giraffes have the most complex patch style.

These brown to cream-colored spots also assist giraffes in their survival efforts. These spots help them camouflage themselves in the wild, protecting them from predators.

9. Giraffes are Pregnant for More than a Year

This long gestation period is necessary for the calves to become fully developed in their mother’s wombs. Male giraffes can mate at any time of the year with a female giraffe. They usually show their readiness to mate by lightly poking the female’s hind legs with their front legs. Or they rest their chin on the female’s back.

10. A Few Subspecies of Giraffes Are Listed as Endangered

There are three subspecies of giraffes that are endangered. These include West African giraffes, the reticulated, and Thornicroft’s giraffes. Some other subspecies that are on the verge of becoming extinct include the Nubian and Kordofan giraffes. Research shows that not more than 4,650 of this species are left in the wild.

Visitors that go to a zoo are strictly prohibited from touching the tall animal, and there is a reason why. This is because giraffes don’t like to be touched, or even patted. However, you can see them eye to eye and feed them with lots of greens – they won’t mind that!

12. They Are Smart and Intelligent

Besides being tall, giraffes are known for their intelligence. This can be seen in the ease with which they adapt to a new environment.

These were 12 things you might not know about giraffes. It’s easy to think of a giraffe and just be blown away by how tall it is, but there’s so much more to these amazing creatures. However, if we want them to be around for generations to come, we need to ensure that their habitats are protected and that they’re not hunted to extinction.