Flamingos are often considered wading birds but look quite clumsy while flying. Thanks to their stretched necks and thin legs. They are nonetheless strong fliers and migrate through the year in search of best food sources. When a flock or regiment of flamingos takes flight to migrate, they can fly at speeds of 35 miles per hour.

Flamingos live in colonies, which they populate close to bodies of salt or fresh water, since they mostly feed on crustaceans, small marine animals, like shrimp and plankton. This is why all flamingo colonies are found around lakes, ponds, rivers, and sandy ocean beaches in North America, South America, Europe, and some parts of Asia. If the colony is hit by a natural disaster, like a storm, or attacked by a predator, flamingos take long to recover their population because every couple only lays one egg a year.

The bright plumage flamingos are known for comes from the protein they take from their marine diet. The pink and reddish colors of a flamingo’s feathers come from eating pigments found in invertebrates and algae. It results in the fiery pink, red, or orange feathers, though not adult flamingos have this bright appearance. Depending on the diet and age, they may look gray or white, or lighter shades of their pink friends. The flamingo is a filter-feeder, meaning it filters its food from the mud by holding its curved beak upside down in the water.

Flamingos are able to run on water, thanks to their webbed feet, to gain speed before lifting up into the sky.

Most flamingo species are not endangered, but the Andean flamingo is listed vulnerable, and the Chilean, Lesser, and Puna flamingos are near threatened. In the Bahamas, they are the national bird. Chilean, Andean and James’ flamingos live in South America, and the greater and lesser flamingos live in Africa. Greater flamingos can also be found in India and Middle East. Flamingos are water birds, so they live in and around lagoons, large, shallow lakes, mangrove swamps, tidal flats, and sandy islands. Flamingos are social birds who live in colonies of sometimes thousands birds.

Fill your digital environment with nature and its beauty through our mesmerizing flamingo images with every new tab. 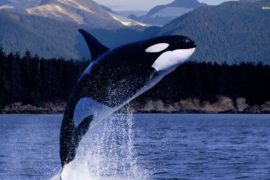 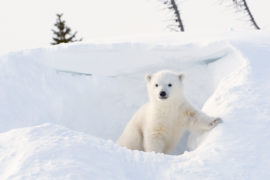 Polar Bears: The Largest Land Carnivores in the World 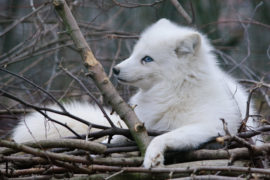 Arctic Fox – Can Endure Temperatures as Low as -50 °C